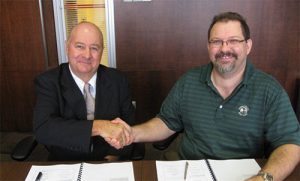 On Friday January 21st 2011, CGL signed a contract with Riot Tinto for the supply of 30 million litres of diesel annually to Argyles Diamonds Ltd. This is a historic contract as it is the first time Rio Tinto have stepped outside their global fuel contract for the supply of fuel.

CGL are also participating in Rio Tinto’s Global Fuel Tender and have submitted proposals for a number of other Rio Tinto sites in northern Australia as well as a proposal for the continuation of supply to Argyle Diamonds Ltd beyond 2012.